Nothing exists in a vacuum. Every resource used is a part of an ecosystem of social and environmental responsibility. In 2021, we worked with Voice For Nature Foundation to deeply research and identify three partnerships with local Oaxacan organizations that will push forward three of the UN Sustainable Development Goals (SDGs).

With focus on Climate Action (SDG #13), we’ve partnered with Isla Urbana, a Mexico City–based NGO dedicated to contributing to water sustainability in Mexico through rainwater harvesting. According to the United Nations, the world faces a water deficit of 40% by 2030. Water scarcity is an urgent and growing issue across Mexico.

Together, we decided to start our efforts with supporting the Isla Urbana team in the install of four rainwater harvesting systems in the remote Oaxacan communities of San Jose Tenango, enabling the organization to reach their 2021 goals for Oaxaca.

This installation trip took place over 5 days in early December 2021. A small team set out for the journey, which would involve bumpy roads, hours-long hikes, homecooked meals, and of course the hard work of the many-handed installation of the rainwater harvesting systems. Ultimately, the team installed two systems with a rainwater harvesting potential of 135,000 liters per year, as well as provide training to the local community on how to care for and maintain their systems for the future.

Below, Isla Urbana cofounder Renata Fenton shares excerpts from her expedition journal she penned throughout the journey.

On the next day, the team set out to visit and install the first system in the town of Genova; materials were unpacked and packed again in a minimalist fashion, for the team would have to walk to the installation site. The group drove huddled together for 3 hours. The van arrived at the foothills of Sitio Iglesia, where the trek would begin. Community members awaited the team to help haul the materials up the mountain towards Genova. Maribel, The Isla Urbana team, and community members started the long trek up the hill. The hike lasted 3 hours. The team trickled into Genova, where they were received by more community members. That same day, the team did maintenance on some of the 20+ existing systems, and conducted training and workshops on the importance of the first flush in the community center. The tired team was divided into groups and sent to stay with different families that offered each group food and the traditional coffee. One of these families was Roberto and Francisca, an older couple that adopted their group as their own. The installation at Cutbertos home would begin the next day.

The teams arrived at the installation site, and the entire family was there: children, grandparents, other members. One group installed the geomembrane tank, while the other worked on the first-flush and gutters. The team was well fed with local delicacies and copious amounts of chicken throughout the day, a luxury in these areas. After dark, there was a celebration at Cutbertos home with Tezmole Tamales and talks by 2 local leaders. They were thankful for the funding of these water systems and excited to continue the collaboration. This system alone has a rainwater harvesting potential of 135,000 L/year. Early the following day, part of the Isla team began the walk back while a few installers stayed behind to wait for a few missing materials that needed to be brought up to repair an older system. As the team left the community, they could see on the other mountain top far away Francisca waving. Waving back and smiling, they thought how much they would miss their new Mazatecan grandparents. Later that afternoon, after a “swifter” 2-hour walk down the hill, the team was picked up at Sitio Iglesia by Maribel’s brother, and everyone returned to Tenango. Materials were prepared again for the following day. The lucky team showered with a bucket of hot water prepared by Maribel, ate a delicious dinner at Maribel’s parents’ home and slept.

The team left bright and early towards Peinecillo. This community was also far from the nearest road. The group drove together in a van towards the outskirts of Rancho Pineda, where they would meet more community members to help haul materials up to the community. The community at Rancho Pineda was excited; they had recently inaugurated a new road that wound 500m closer to Rancho Pineda. Saturnino, the local technician, was waiting eagerly at the end of the road. The system would be installed at his home. The team began the long journey by foot, winding up and down through the thick brush and cobbled dry terrain, stopping briefly to drink water or eat a lime from a nearby tree. The heaviest thing to carry is the metal mesh surrounding the large water tank; Saturninos son-in-law was in charge of taking the package and guiding the team. The team walked carefully, carrying backpacks and tools. Saturnino and other community members mostly took the installation materials the next day. After 4 hours uphill, the view suddenly opened dramatically. The team could see the view of the beautiful green valley and the shining waters of the Miguel Aleman Dam in the distance. On that same day, all of Saturnino’s extended family assisted the system’s building. Other community members from nearby came to visit and talk about the technology and drink coffee while they worked. The system was finished, and the family served the team a meal. That night, over coffee, at Saturnino’s home, he commented on the complexities of hauling water up to where he lives, “when it rains we can gather a bit of water in the caverns a few hours away, but when it doesn’t, we have to go much further way” he said. What was clear was that everything the community had obtained had been thanks to their hard work (be it electricity, meals, and especially water). The team slept with Saturnino’s mom and sister that lived 20 min away. A few details of the new installation were concluded the following day after a fantastic chicken broth breakfast with handmade tortillas. The group began the descent around 11 am towards another area of Rancho Pineda. The group did maintenance and training sessions and installed new First Flush Devices or Tlaloquitos. At 4 pm, they began walking the last hour down towards the road to get back to Tenango before 8 pm. 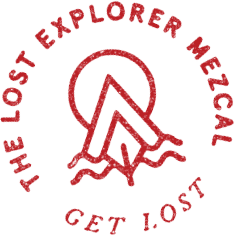